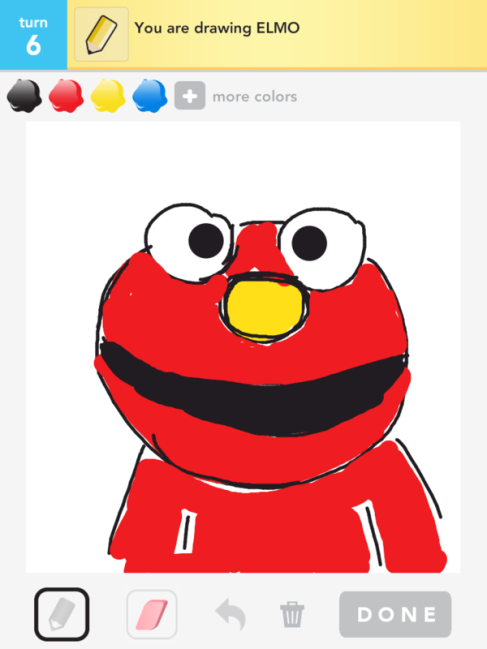 News reaches us today that Draw Something, a game I’m not ashamed to say I recently played A LOT, is suffering a sharp decline in usage. Unlike Angry Birds or similar meteorically successful mobile games, Draw Something exploded very quickly, peaking in April and has boomeranged – at least for frequent users – in recent weeks.

The BBC article raises the argument that this might be due to a general drop in appeal but doesn’t really explore what the pathology of this malaise might be. Here, for what they’re worth, are my thoughts:

Connection
One of my biggest bugbears with mobile app developers is their lazy attitude to making their apps work without a connection. Designing and testing an app in a production house with a gigabyte network is great but it’s not the real world. Draw Something is a time-killer app that’s perfect for the train, the tube/metro, planes and so-on – i.e. all the places you can’t get a reliable connection. That Draw Something insists on a connection is an Achilles heel. It wouldn’t be hard to design an offline process where you could complete your drawings and the data is cached to send next time a connection is obtained.

Regionalisation/Regionalization
The game used an American-centric dictionary and American-centric references. Obscure pop artists, minor celebrities and TV shows would regularly appear in the word list and lead to frustration as you’d have no idea who these people or items were – and could be pretty sure your friend wouldn’t know either. Cue using up valuable bombs to get new words. How hard would it be to localise the word database? Even when you did know the word the spelling might be the Yank version … again, easily fixed.

Effort
Roz points out that each game actually takes quite a bit of time. From the viewing of the other player’s guess (even if you skip it) to then watching the other player’s drawing. As an aside, even though there’s fun in seeing the construction of an image, especially when done by an artistically gifted friend, I still want to skip to the end and see the final image  in most cases. If you could just do your guesses and and leave the drawing bit until you have more time, that might make it feel a bit more manageable. There’s no ‘I’ll just have a quick go’ process built in to the sequence.

Inundation
All of those elements add up and As Ben Griffin says, the app was initially easy to manage as you had two or three friends playing. Once it became successful you could find yourself inundated with drawing requests. Compounded by the time it takes to play each game this meant that you are having to administer an ever-growing and impatient list of friends wanting to play. It’s a nagging list that feels like an unmanageable inbox which you, albeit in a mild way, resent and duly avoid.

Whilst I’m confident that Zynga and the team behind it will continue to develop the app and ensure its long-term success (releasing commenting features shows it understands how people use the app – replacing artists writing messages to each other in the first frame), the undeniable failings I describe above do give us pause to reflect what makes a truly engaging mobile game experience that, importantly, can scale with popularity.

In the meantime, take a look at this collection of the most-talked about Draw Something efforts.

One thought on “Draw Sometimes”